In the MEDEAS project ( the acronym states for Modelling Energy system Development under Environmental And Socioeconomic constraints) more than 10 partners from UE countries, work on how to shift the energy provisioning necessary to drive all the activities of the modern society from fossil fuels to renewable energy.

The reason for the existence of such project states mainly in 2 points:

1.      The first is the concept that fossil fuels are treasure buried under the surface of finite dimension planet, and this is why sooner or later they are going to finish, independently from the effort we put in discover them.

This is what we call ‘a physical limit’: this kind of reservoirs can not be infinite because the planet is finite. Moreover, the fossil fuel resources are not renewable, because oils and gas are the products of complex and long time-taking geological transformation happen under the crust, in extreme environmental condition of pressure and under several biological material degradation processes. Those conditions are not easy to reproduce even in a lab. Thus, this point fixes that we should image a future society based not on this kind of resources.

2.      The second, and maybe the most urgent to deal with, is that the use of fossil fuel is 'one' of the main responsible of the GHG emissions: several studies assess if the GHG concentration would rise to 25% of the present concentration, an irreversible over-heating of the planet occurs.

The GHG emissions are not only from fossil fuel combustion, this is why the argument is very debated, but it is undoubtedly true the largest contribution comes from the activities of the post-industrial era.
Image a new society based on RE, or rather, trying to make the transition toward a cleaner and renewable energy sources looks like the right solution for both the problems reported at point 1 and point 2.
How to get there? How can we move toward the transition?

According to the preliminary results obtained in the MEDEAS project, performing simulations with models and analysing several historical data, the transition will be possible and sustainable, only if we put our effort on building RE energy infrastructures, lets’ say... urgently!

Why is this so important for our future?

History teaches us that the development, the economy and the human well-being rely mainly on 2 pillars: energy provisioning and circulation of information (both immaterial, named knowledge, and material, named goods).

Look at the following interesting picture from the book ‘The condition of Postmodernity’ (David Harvey,1989). It's not very recent but, nevertheless, currently valid.

The picture tracks an evolution path of the information propagation during the past years, it compares the speed necessary to an information to carry out a complete trip around the world. Reversely it also shows the physic distance is virtually shortened as consequence to the increased information (that nowadays is become the informatization) capacity. In another word, Harvey announced the dawn of globalisation.
That the capacity to diffuse information depends on the available 'energy', it's not explicitly reported in this picture, but we can sure to prove it simply doing a short research on the kind of energy resources that, in each period, drove the society.

Years 1500-1840.
In this period, a mixture of energy resources is available for the society. The main energy provisioning is in charge to the animals, both for transportation and agriculture, but also renewable energies, as the wind and the water flows were already exploited in manufacturing, in food production and in driving several other human activities.
Coal has been already discovered and used, but the massive implementation for heating and metals’ manufacturing starting around the year 1600. It became the main energy resource to prepare the ground for the Industrial Revolution.
Anyway, the potential of information spreading is weak in this period, in the order of several months.

Years 1850-1930
Around 1850, the Industrial Revolution culminated. We have the first evidence of the maturity of the steam motors, able to push both the terrestrial transport by railways and the maritime transportation by transoceanic vessels.
In 1856, oil was discovered in the USA and a new era began toward the present civilisation. The first power plant in 1882 (USA) and the first industrial implementation of Radio Transmission are in 1897. Moreover, with oil, a so light and energy dense resource, the aviation is quickly developed a few years later, pushed by the incoming First world war 'necessities' to fly.
In the average, information spreads around the World in few weeks.

Years 1930-1950. Refineries became more sophisticated producing new powerful fuels, but the more important new entry is the uranium, now used to produce electric energy and heat in nuclear plants. In 1942 we have the first controlled nuclear reaction (Fission) and in 1954 ex-URSS built the first reactor for civil use. Uranium became a new non renewable fuel resource.

Years 1960 up to now.
After the Second World War, the oil boosted the Boom Economy. Aerospace development, electrification, informatization, fertilisers and medicines extend the expectancy of life. And more recent, oil also has been and it is still used to provide the technologies for renewable energy plants (PV, wind, geothermal).

Thus, it should be quite clear that the future of humans depends on the availability of the energy resources, and find a better way to produce energy appears unavoidable to escape the modern society collapse.
Moreover, the use of a ‘clean energy ‘is decisive to mitigate the global climate changes.
This is the real priority, because we could still image to go back to a society without fossil fuel, a pre-carbon period similar to the one described by Harvey, but we cannot exactly quantify what happens to the Earth’s life if the planet will be irreversibly overheated prior the occurrence of the unavoidable  ‘energy transition’, both that is sustainable or not.
at February 27, 2017

In the MEDEAS  project ( the acronym states for Modelling Energy system Development under Environmental And Socioeconomic constraints) mor... 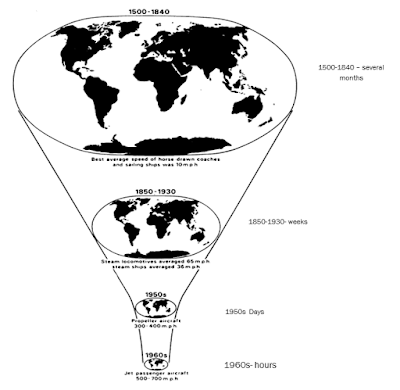 Ilaria Perissi
Ilaria has a Ph.D. in physical chemistry (2009). She is engaged in research on biophysical economics and climate change mitigation at the University of Florence. She is a member of the scientific board of the European Federation "Transport & Environment" and is the author of various articles on the use of systems dynamics models in the study of the exploitation of resources, particularly in fishing.